Dr. Nirmal K. Mattoo was born and educated in India. He received his medical degree from the University of Delhi in 1967, completed his residency in internal medicine and his fellowship in New York. He is a founding partner of Mattoo and Bhat Medical Associates, PC, one of the largest nephrology practices in New York. He is also co-founder and owner of Atlantic Dialysis Management Services, the largest private dialysis provider in New York State. He was Chief Executive Officer of Wyckoff-Heights Medical Center and co-chairman of Chief Medical Officers’ Council of the Columbia Presbyterian system. 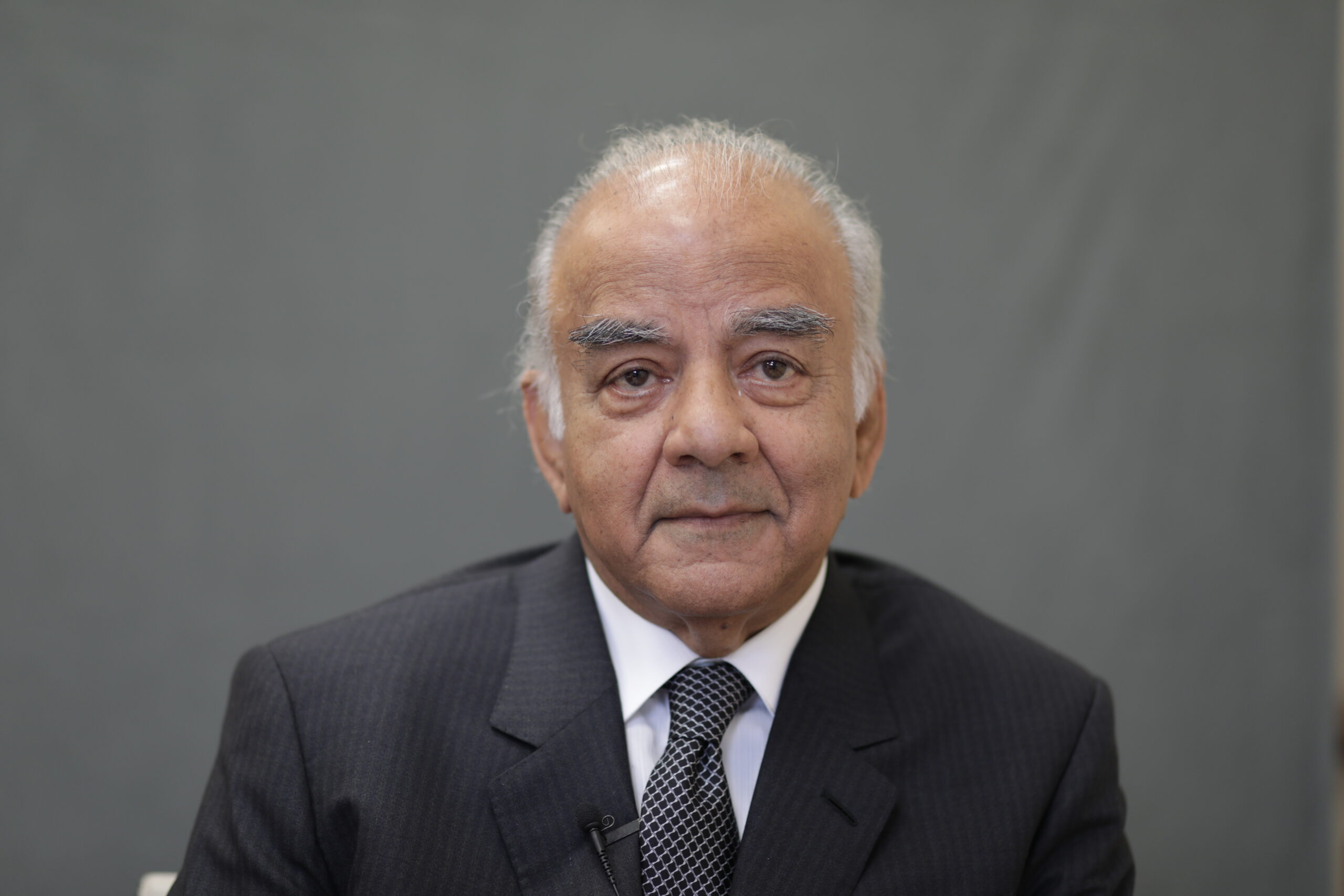 He has served as National President and Chairman of the Board of Trustees of the major national organization, the Association of Indians in America. He has been the chief patron and guiding light of the Center for India Studies at Stony Brook University. As Chairman of the Executive Committee of the Center, he has spearheaded a $5 million permanent endowment campaign for the Center. He and his wife have also established an endowed Chair at the Center, the Nirmal and Augustina Mattoo Chair in Indic Humanities. In recognition of his enlightened leadership and sustained contribution, the Stony Brook University has renamed the Center in honor of his parents as the Bishembarnath and Sheela Mattoo Center for India Studies. He is also a member of the Board of Trustees of Stony Brook Foundation.
Dr. Mattoo is co-editor of the major reference volume, Ananya: A Portrait of India, published by the Association of Indians in America to mark the 50th anniversary of India’s Independence in 1997. Consisting of 41 detailed chapters by the world’s leading scholars and intellectuals, the 961-page volume provides a magisterial overview of Indian civilization, including its history, philosophy, religions, society, languages, literatures, music, science, technology, business, arts and architecture. It has been critically acclaimed as a monumental achievement in India and the United States.Dr. Mattoo has been featured in a nationally broadcast PBS documentary, Asian Indians in America, and in many interviews in print and television. He is active in the Kashmiri Pandits’ causes in India and in the U.S. and has served as Director of the Kashmiri Overseas Association. He is also active in numerous philanthropic and humanitarian causes and has been honored by many organizations, including Children’s Hope, the Boy Scouts of America, the Association for the Visually Handicapped, the Nargis Dutt Foundation, the American Association of Indian Social Workers, the Arya Samaj, Asia Initiatives and many others. He was given a Recognition Award for Community Service by the Association of Indians in America.
Dr. Mattoo is a respected national leader of the Indian American community, with a grand vision for an enlightened partnership of India and the U.S. based on mutual respect and recognition of their enduring values and contributions to the welfare of humanity. An expert medical professional, successful entrepreneur, and respected community leader, Dr. Mattoo is a Renaissance man, with a deep knowledge of an astonishingly broad range of subjects in the arts, sciences and the humanities. He is a scholar and a gentleman, whose shyness and modesty adds a special grace and charm to his kindness, compassion, and generosity. He lives on Long Island with his wife Augustina, an able and active partner in his multifarious projects. Their son, Aditya, is a nephrologist on the faculty of New York University Medical School, and they have three grandchildren, Surya, Deven, and Dhruv.

Atlantic Dialysis Management Services, LLC (“ADMS”) was established to provide new dialysis site development, day to day administration and management of dialysis services and related business development activities. The business strategy is to maximize individual site results through consolidated activities. Central to the ADMS approach is the long term control of our clinical services by nephrologists.

NEWS / IN THE MEDIA

News / In the Media

Recieve our latest news straight to your inbox